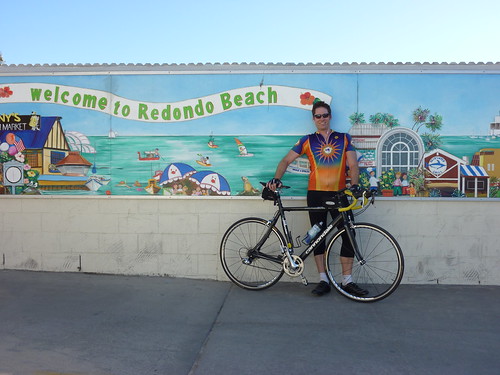 2009 is in the books. I recorded 2,812.39 miles on my Garmin. I actually rode much more—there were a couple of rides where I didn’t start recording or that didn’t record at all, most notably the century I rode in the wine country. I was helped by not working for a good part of the year, but then again, I didn’t get on the bike til February 21st, was in Brazil for a month in May and June and only had one ride in December. So around 3K miles is not bad.
Remarkably, I only had one puncture in all those miles, on a flat recovery ride in Alameda. I managed more than 400 miles in a single month (April), which was huge. I only rode three centuries, which was down from 5 in 2008. I hope to break that mark this year. I raised more than 1200 bucks for diabetes and MS research. And I took over as webmaster for my cycling club, the Oakland Yellowjackets.
All in all, it was a pretty good year.