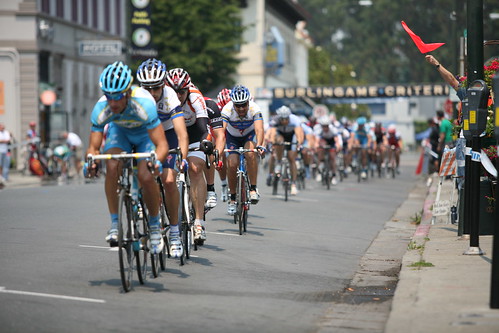 Decided to give myself a break from the bike and instead go watch some other people rude at the Burlingame Criterium down on the peninsula. I lived in Burlingame, which is about 20 minutes south of San Francisco, for more than 2 years when I worked at Electronic Arts from 1998-2001 so it was a homecoming of sorts.
There are several races throughout the day culminating with the pro men’s and women’s races which wound around a short course in the heart of downtown Burlingame. There are lots of corners so many great places to watch the race and take photos. It was a beautiful day on the peninsula, so it was great to walk around the course, taking in the race, people watching and snapping a few pics. Christopher Hipp took top honors among the men, while Anna Woldring captured the women’s crown. 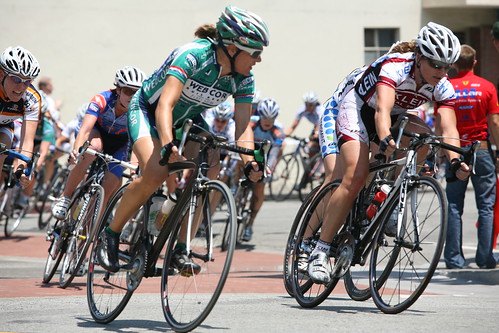 The Burlingame Crit 2008 is a relatively minor race in the diaspora of world cycling, but Olympian Christine Thorburn (above left) was there and, amazingly, rode in both the pro men’s and women’s race. She was right up there up the boys unitl the end when she faded to a distant 59th. The Women’s race starts immediately on the heels on the men’s. It had to held up slightly so Christine could change numbers. Not surprisingly she didn’t win. Clearly she could have if she didn’t compete in the race right before. This must have been some sort of training ride for her.
More pictures of the Burlingame Criterium on Flickr. Full results of all the races on the official site.