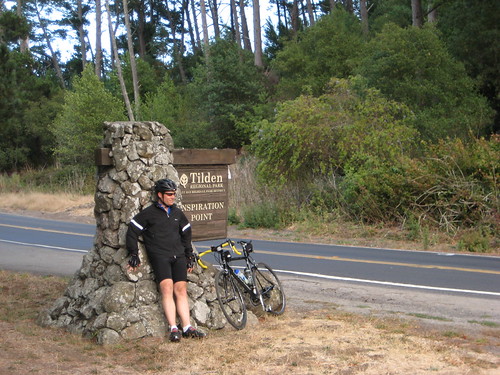 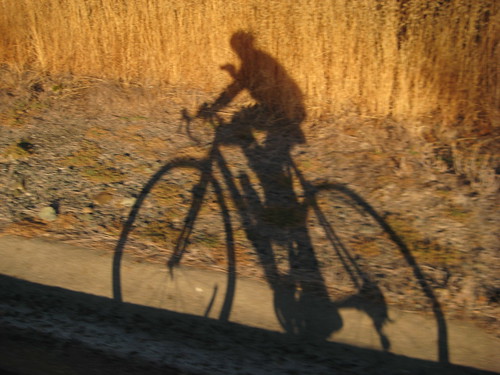 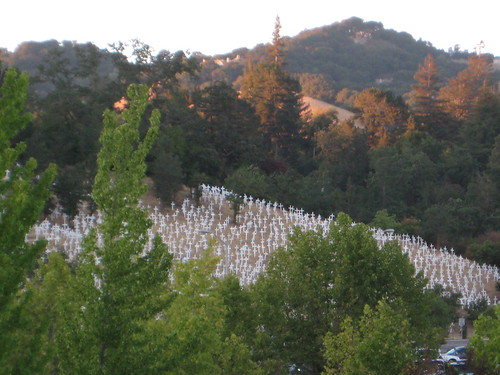 Went for a little ride after work today. When I left my place in Emeryville, it was starting to cool off, but it was still sunny. By the time I reached Grizzly Peak, the fog had rolled in and it was freezing. I headed east through Tilden Park and, according to my speedometer, hit 51.6 MPH down Shasta Rd., but I’m skeptical. The road was smooth and straight and I was going fast—fast enough not to be able to look at my computer—But that’s like stupid fast and I don’t think I was going stupid fast. I don’t think I can.
Anyway, I continued on past Inspiration Point down WIldcat Canyon and I climbed the first Bear (the hardest one) but instead of following to the second two, I hung a right at Happy Valley Rd., one of those perfect winding steep backgrounds that litter the East Bay. The street is lined with leafy trees and is wrapped around farms and hidden homesteads. It’s really quite beautiful.
The ascent was super steep (you can see it on the profile at around 16 miles), but the payoff was fantastic. After a short technical descent, Happy Valley straightens out into a perfectly paved road with about 2-3% grade and I hauled ass about 30 MPH all the way down to the Lafayette BART.
It’s great to be able to take the train back instead of climbing in the dark, but I don’t understand why it should cost me $2.25 cents to go two stops. It’s a wonder any one rides the BART who doesn’t absolutely have to. Even with gas prices at this level (about $4.30/gallon).