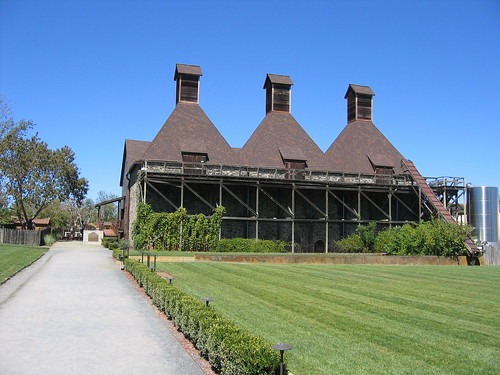 It was going to be a hot day, in the high 90s, but the route was mostly flat. The scenery was amazing, passing wineries along the back roads of Sonoma – Hop Kiln, Rochioli, J Vineyards, Rodney Strong. The rolling hills made for great riding. The roads weren’t perfect, but good enough. And because the hills were rather minor, we made great time. 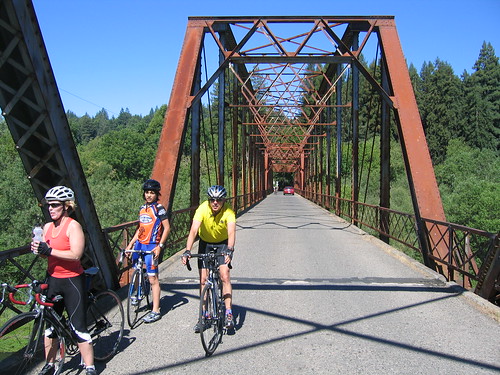 Everything was going great until I caught a flat in the last 3 miles. Fortunately Fred, who is like the guardian angel of the club, was riding just behind me and was able to help me replace the tube. I don’t think I could have done it without him, because I was missing the valve device you need to pump the tire with the CO2 cartridges. Another rookie mistake.
With Fred’s help, we got it fixed and rolled in the last 3 miles to the picnic. I changed and started sucking down ice water. I was so overheated, I needed the fast hydration just to stave off a mass headache followed quickly by debilitating sun-stroke. 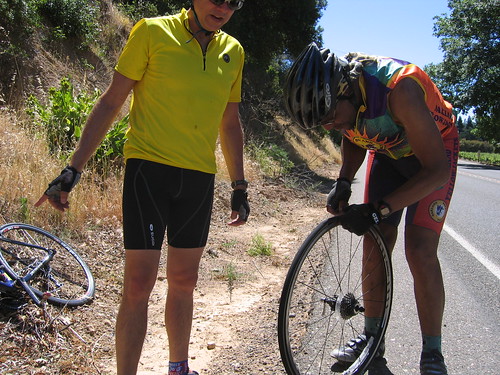 The spread was elaborate. Dedicated cyclists and good cooks. There was tons of pasta, salads, ribs, chicken, lemonade and tons of N/A beverages, and a massive amount of dessert and that’s just what I ate. My salad got polished off fast, so I felt affirmed by that.
I wish we could have taken more time on the ride so I could have stopped to take some more pictures. I think I’ll have to come back.
Miles 43.48
Ride Time 2:30:45
MPH 17.2
Max Speed 30
Flats 1
Here’s the ride profile: