There’s a large schizm in the Oakland Yellowjackets over the issue of “away” rides. An away is where you have to drive to the start of the ride. Most of our rides start at Lake Merritt . Members can drive and park there, but most ride to the lake. Many members feel like they don’t want to have to drive to the start of a ride. This is totally understandable. For me, I want variety in my cycling. I want to new places and cover new terrain. So I’m not opposed to driving to a ride at all, but I understand why some people are.
Now the Lake Sonoma picinic ride has been one of the most contentious of the away rides because the ride, which is north of Oakland, starts at Lake Sonoma, which on the north end of the route. This required members to drive 25 mile north of the most southern part of the route. And it’s a long drive, about 100 miles.
So the map committee was tasked with finding a southern staging site and creating a new route. Since I’m sort of an unofficial member of the committee, I was invited along for the ride to test out the new route. In the end, it turned out that it was just Richard and I riding around the Sonoma wine country starting from the Shiloh Ranch Regional Park. 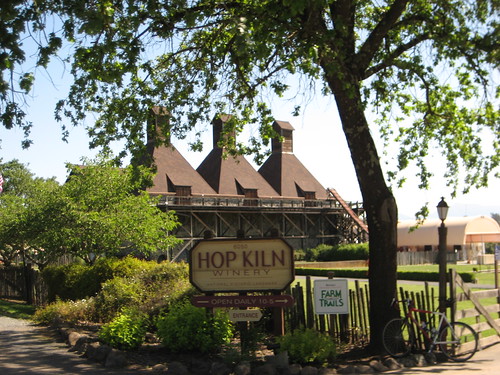 The ride starts by heading west through rustic rolling hills south of Winsor, heads north on West Dry Creek, which is one of the best cycling roads in the country. The route then crosses over the Yoakim Bridge to Canyon Rd. (a great quick descent) and then heads south on the 128 through Geyserville and Alexander Valley with a little climb of Chalk Hill at around the 47 mile mark before the ride finishes back at the park 51.5 miles later.
It’s a beautiful route passing dozens of wineries with lush, green vineyards on the gently sloping hillsides and in the valley. The are very few cars. It’s a cycling paradise. 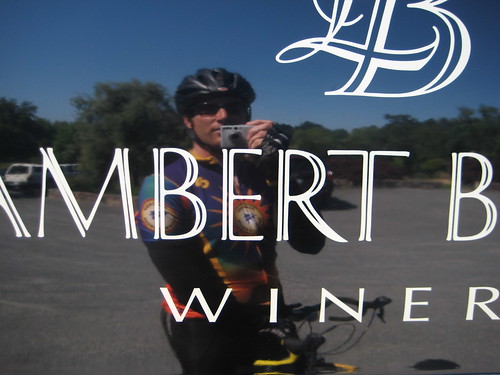 Richard and I really put the petal to the medal. We finished the 51 miles in 3 hours. You do the math. Fast. Fast. Fast. Rich is about 20 years older than me, but he’s also roughly 30 pounds lighter and has been riding for much longer than I have. When you have someone pushing you, it’s amazing how much faster you can ride. Alone, I would have dogged up most of the little rolling hills. With Rich nipping at my heels, I was out of the saddle and flooring it each and every roller.
It was a little tough for me in the morning when we were facing a 10mph head wind up Dry Creek Rd, but heading south along 128 with the wind at our backs was joyous. The sun was out but I don’t think it got much over 70 degrees. Really a perfect day. 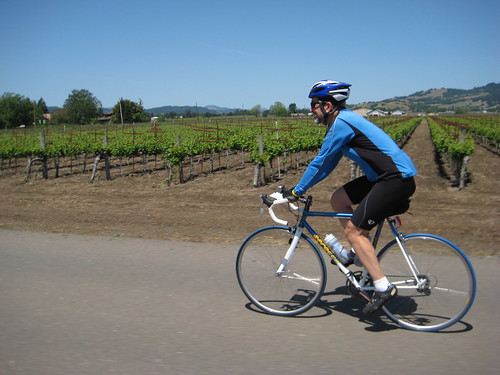 I’m going to miss the picnic ride which is scheduled when I’m going to be in Brazil, but the map committee has created a great route and the club should have a fantastic ride for this year and many years to come. 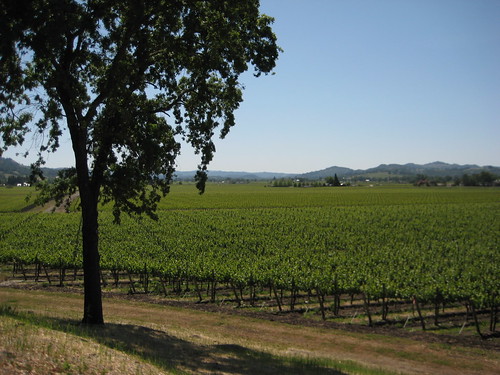 and the route profile: