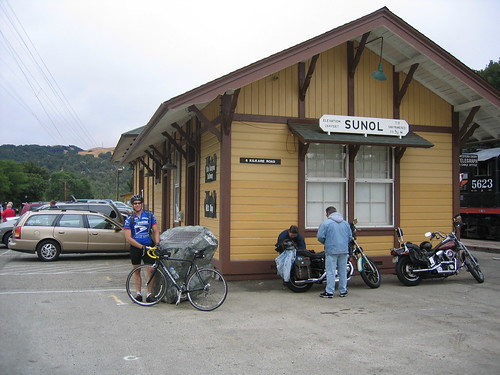 From Sunol, the route heads west down Niles Canyon Rd. which would have been fun despite the perilously narrow shoulder but for the massive headwind which had me cranking hard even though it was downhill all the way to the start of Palomares. 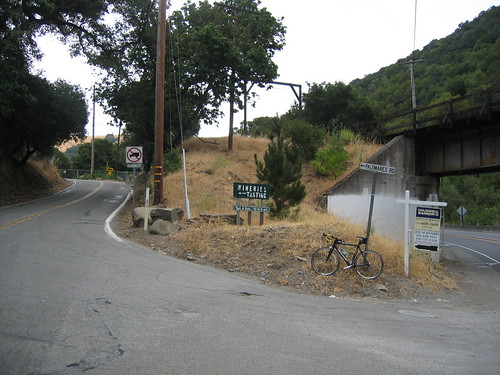 I totally missed the start of Palomares and didn’t realize it until I saw a sign that said “Welcome to Union City.” I had to backtrack up the hill about a kilometer, but it helped to have the wind at my back.
I really didn’t know what I had ahead of me. On the route sheet at Palomares it says “get ready to climb” and lists the distance at 9.7 miles. I figured it was uphill the whole way so I steeled myself for an hour of sheer pain.
Cycling has been really fun for me, but it’s also incredibly hard work and sometime intensely painful, never more so than heading up a steep grade for a long period of time. When I know what’s ahead of me, it’s easier, because it’s about pain management and the more I know, the easier it is for me to manage. When I don’t know, I just have suck it up and take what ever comes. 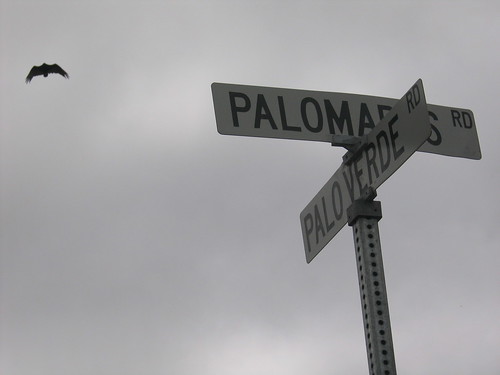 Palomares is notorious. I didn’t really know what to expect, but I knew it was going to be hard. I was in and out of the saddle for most of the 5 miles (thankfully it was only 5) to the summit. There are no cars back there, which is great. And the narrow road winds past farms, wineries, ranches and stables. The scenery helps take my mind off the suffering and the feeling I know I will have when I get to the top keeps me going.
While the ride up curves and winds its way up to the top, the road down is almost straight and I flew at 40 MPH down to Palo Verde Rd. The road was smooth. No other traffic. I have great new confidence with my new 60 dollar rear tire. It was fucking fantastic. 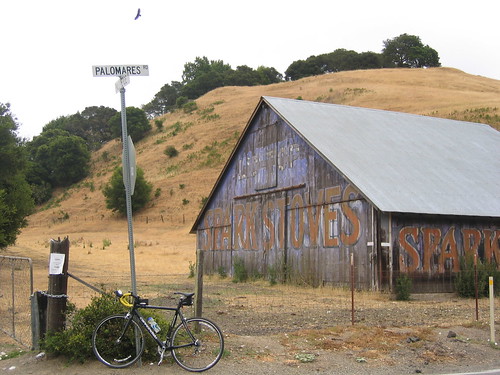 From Palo Verde, the route heads west through Castro Valley where I stopped for a bagel at Big Apple Bagels, a place I discovered last week when I went in search of a bike shop to replace my tire. Bagels were okay. They were out of pumpernickel by the time I arrived so I settled for poppyseed.
Back on the bike, there was only more obstacle, the hill at Lake Chabot. That conquered, it was a fairly easy ride down Bancroft and International back to Lake Merritt and then on to my place in Emeryville.
Miles 64.51
Ride Time4:13:05
MPH 15.2
Max Speed 40.2
Average Cadence 77
Flats 0
Here’s the route map: