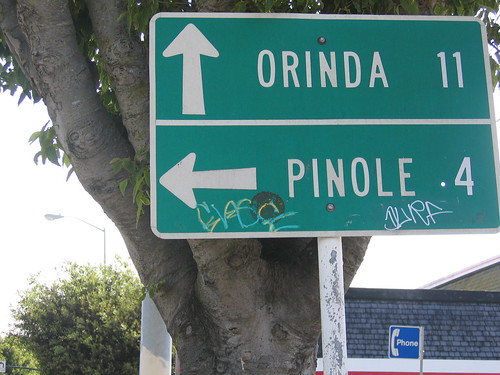 By the time I joined th OYJ, they had already had a few club rides, so on Sundays, I’m trying to make up the rides that I missed by working my way through the ride calendar. Today I headed out to Pioint Pinole, a place I didn’t event know existed.
The ride out there was really nice, mostly flat, skirting north through Berkeley, Albany and El Ceritto under Arlington Avenue. Then it heads out on San Pablo Dam Rd through El Sobrante, but instead of continuing on like the Arlington Ave Loop through Orinda and Moraga and eventually up Pinehurst, It heads north through the suburb of Pinole to the Point Pinole Regional Shoreline.

From the entrance of the park, it’s about 2 miles out along a bike path to the Point Pinole pier. It’s just enough that’s it sort of pain to walk, so there are not many people there, even on a lovely Sunday morning. The views out from the pier are incredible. There’s a perfect view of Mt. Tamalpais in Marin. There were a few boats out sailing, a half a dozen guys fishing. It’s an incredibly peaceful spot. 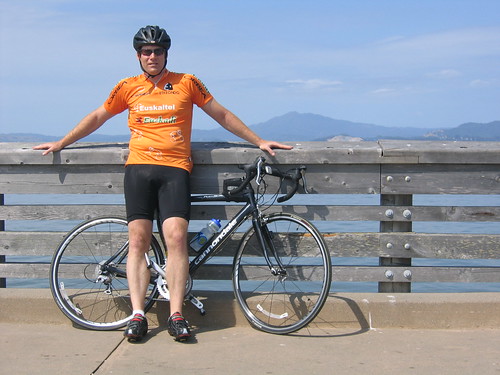 The ride back is less fun. For one thing, I kept getting lost in the most industrial section of the East Bay (Richmond incidently, the murder capital of California). The street signs suck and the directions on the route sheet, not so good either. There was a long stretch on the Richmond Parkway which was just a nightmare. You’re basically on a highway. Cars rushing by at 70 miles an hour. Lots of detritus on the road to cause flats to worry about and there was massive headwind.
Once I got off the parkway, the ride improved. The route snakes through the hidden town of Point Richmond and down along the Bay Trail, heading back over to 80 via the bridge at University from where it’s about a 10 minute ride back to my place.
It was a mostly flat ride. There was one minor hill coming out of Pinole to shoreline where I hit 34 MPH, but nothing serious.
Miles 41.68
Ride Time 2:54:46
MPH 14.2
Max Speed 34.8
Average Cadence 56
Flats 0